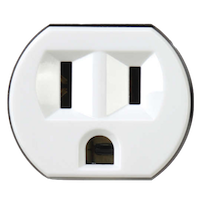 Docker Engine has a great plugin framework that allows you to write code that integrates cleanly with the Docker daemon. There are 3 different kinds of plugins you can create: authorization (authz), network, or volume. This post shows you how to develop a Docker authorization plugin in Python. An authorization plugin can control access to access to the Docker daemon based on both the current authentication context and the command context in order to approve or deny requests.

Update: I presented this post at the Docker Austin meetup on August 4, 2016.

The example in this post shows you how to deny a request based on a ridiculous rule that the first thing you have to do is say “hello” to the Docker daemon. To do this you’ll use a combination of Python for the programming language, Flask for the web framework, and uWSGI for the WSGI server. You’ll develop the plugin directly on the host so the Docker daemon can communicate with it via a Unix socket.

You’re going to need Docker Toolbox to create a host that you can install Python on. Once the host is ready, you will ssh into it.

The boot2docker image that Docker Toolbox uses is based on Tiny Core Linux so we need to install some Python tooling.

Now you can install the plugin from my GitHub repo.

Have a look at the installation script to see where things are installed.

Another important piece of the puzzle for how things are configured is the uwsgi.ini file. This file configures uWSGI on startup and how the Docker daemon communicates with the plugin.

To check that everything is installed correctly you can tail the logs.

To test that the plugin is running correctly you can poke at it with curl.

Try to run a container before you say “hello” to see how the plugin denies a request. Once you say “hello”, that request is approved and then all subsequent requests are immediately approved. All of the source code is in authz.py.

At this point you’ll probably want to start doing some development of your own and making some changes. You can open authz.py and modify the code. The Docker authorization protocol is described at Access authorization plugin. After you made your changes and saved them, you’ll need to run uwsgi --reload /var/run/uwsgi.pid to have them take effect. If you run into problems, you can look into the logs referenced above to troubleshoot.

Docker authorization plugins can be developed to do pretty much anything you need to do in terms of access control. Having the current authentication context and the command context means you can approve or deny requests for any reason. You can imagine how you might hook your plugin into an LDAP server, deny privileged containers, or deny requests that attempt to make use of sensitive locations on disk. Have fun writing your own authz plugin!