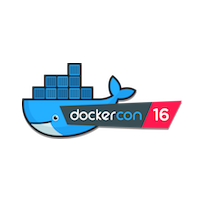 I attended my first DockerCon this year and was impressed by the breadth and depth of all of the sessions. The keynotes did a good job of covering the breadth of everything new while the sessions were able to dive deeper on different topics. I also always enjoy the hallway sessions where I get to meet a lot of the people I’ve only met online. Here are my top 3 sessions from DockerCon 2016.

In my opinion, the biggest announcement of the conference was the introduction of Swarm mode for Docker Engine. Prior to Engine 1.12, Swarm shipped as separate binaries from Engine. As of Engine 1.12, Swarm mode is part of Engine and can be enabled by a doing a docker swarm init on the initial manager node followed by doing a docker swarm init --listen-addr <MANAGER-IP>:<PORT> on the worker nodes. There you have it, a Docker Swarm cluster.

I’ve been saying that “cluster is the new normal” for a while and it’s great to see how easy it is to get started with clustering in Docker now. This is going to make it very easy for developers and operators to get familiar with clustering and building distributed applications in such environments. And there’s a lot of goodness in Swarm mode that will make the process easier like Distributed Application Bundle stacks, routing mesh, default security, and container health checks.

Docker for Mac and Windows: The Insider’s Guide

I’ve been using Docker for Mac during the private beta for the past few months and have been pretty happy with it. It’s awesome that beta has been opened up publicly and everyone can enjoy the same developer experience when building Dockerized applications. During this session I learned exactly how Docker for Mac addressed some of the pain points I had with Docker Toolkit.

I’ve had a lot of trouble getting people running their first container because of installation and incompatibility issues with VirtualBox so seeing Docker “go native” with Hyperkit is a great start. I work inside a VPN for most of the time so it’s much less painful since VPNkit seamlessly interoperates with host VPN configurations. Filesystem notifications are crucial when rapidly developing an application or even just previewing a blog post you’re writing 😉 so having OSXfs provide those notifications makes for much faster development than manually reloading.

Docker for Mac and Windows: The Insider's Guide by Justin Cormack

While I wouldn’t exactly consider myself a Go developer yet, I’ve been thinking about contributing to Docker Machine. So it’s great that these kinds of contribute 101 sessions are held. Not only did it give me some information on getting started with contribution, I also got some insight into the roadmap for the respective projects. It’s always helpful to have more context before you starting contributing to an OSS project so you can better understand what features they’re looking for and how your contribution might fit in. I learned about the Docker Machine driver plugin model, the roadmap, and met one of the core maintainers, Nathan LeClaire.

I was impressed by the size and scope of DockerCon 2016. Whether it was the keynotes, sessions, or post-conference fun, I learned a lot and met a lot of new people. I’m already looking forward to DockerCon 2017!

I'm working to make the cloud easy to use through a combination of development, operations, testing, continuous integration/deployment, and documentation. I'm interested in composing distributed systems using APIs, SDKs, CLIs, and containers. I like to teach what I learn along the way.